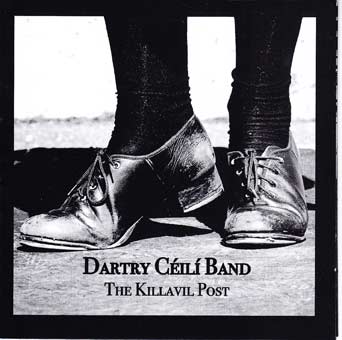 Buy now for delivery in Ireland

Buy now for delivery outside Ireland

NOTE: if you do not wish to use Paypal you may purchase this CD set by sending a EURO cheque to OaC, Spanish Point Rd., Miltown Malbay, Co. Clare, Ireland. Your CD set will be dispatched as soon as the funds have been cleared through our Bank account.

The Dartry Ceili Band, formed in 2007 and hail from Co. Sligo.They have become in a very short time, a top ranging band, having won the All-Ireland Senior Ceili Band competition in 2009. (Dedication motivation and  individually strong players has seen to this, coupled with that North Connacht, joyous fiery style, (I'm biased)),The counties of'Monaghan, Mayo and Roscommon are also represented in the lineup. Listening to them play, it's obvious they  are very disciplined, whilst still'retaining the character of the music. A band well worth the attention of anyone interested in traditional music and dance.Ceili  bands have been an integral part of the traditional music scene over the years and long may it continue